With over 150 champions in the game – plus dozens more that may be played in the middle – deciding which ones are the most enjoyable to play can be tough.

A fun champion, in my opinion, must have an interesting kit or a playful style. They should ideally have both of these things.

So, based on the characteristics listed above, I’ve narrowed down some of the more entertaining mid laners.

I discovered this using just “superior tactics,” which entails binge-playing mid laners and inting on a large number of them.

So, before I have any more memories of my 0/10 mid-lane misadventures, let’s go right to it. 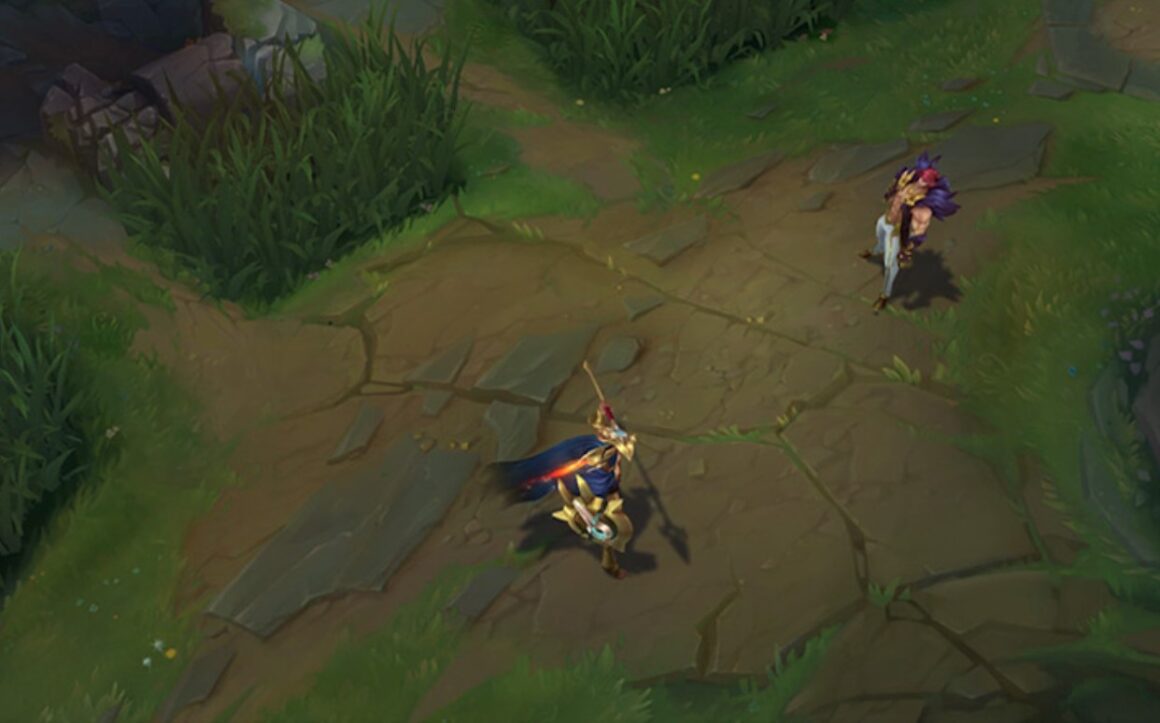 If Shaco is the jungle’s trickster, Neeko is the mid-trickster. lane’s

She’s an extremely entertaining mage who utilizes her chameleon-like charms to confound and annoy her foes to the point of exhaustion.

She can impersonate any of her friends and even dispatch decoy clones.

When she is disguised, her health bar transforms to that of a teammate. Because you can disguise yourself as a low-health ally, baiting an opponent to death is extremely simple.

Neeko’s kit also includes a hard-hitting CC ult, which is a great addition to her trickster antics.

You get to jump into the air and execute a classic “superhero landing,” which stuns and damages all opponents in the area.

The only reason she’s not higher on this list is because she’s a woman.

In the current meta, she’s a bit overpowering.

While her disguise passive is entertaining, it isn’t very useful during the laning phase.

Sett is one of those bosses that you can’t help but admire for his “all fists, no talk” attitude.

Despite his basic equipment, he’s a very adaptable champion with a lot of punch (pun full intended).

His “show stopper” ultimate is also incredible on every level:

And when it’s done properly, it’s even better.

It’s the most gratifying sensation in the world, and I honestly feel like I’m playing a final fight boss.

Sett’s versatility isn’t limited to his physical appearance; he can play almost any position.

This makes him an excellent choice for people who want a fun mid champion but don’t want to devote all of their play time to it or spend time learning complicated mechanics.

Fizz is the ideal champion for individuals who like swaying their opponents.

He’s an amphibious Yordle capable of leaping over, around, and even through his foes.

He can get out of almost any predicament, no matter how tangled up he is.

In addition, his ultimate summons the shark from Jaws (dun dun… dun dun…).

Nothing is more fun than the adversary whittling you down to 10% health, only to be eaten whole by your faithful fanged friend.

Yep. I visited the location. I take no responsibility for the humor.

Ekko, the kid who broke time, is a dynamic assassin mid laner with a lot of mobility and a lot of CC.

If that isn’t enough to persuade you, he’s also an expert duelist who can easily enter and disengage battles.

In addition, his time-defying ultimate provides him with a large safety net.

He can nope out if he makes a mistake by “rewinding” time.

His ultimate is not only an incredibly amazing mechanic, but it also makes almost every game 10 times more funny.

Consider playing Ekko and ulting out as soon as your opponent has exhausted all of their options for killing you.

The sight of their spirit leaving their body and their character departing the Rift will bring you joy (aka ragequitting).

Sylas, the Unchained, is a champion who, both in his history and in-game, violates the laws.

While every other champion is limited to one ultimate, Sylas has the ability to steal his opponents’ ults, making him one of League’s most flexible mid laners.

Given this, it’s almost difficult to get tired of him.

Because you’ll constantly be up against new opponents, every game you play will be unique.

Sylas also has a lot of additional enjoyable features:

His lunges and dashes give him great mobility, and his attack animations are a visual delight.

You may think Yasuo isn’t a very entertaining champion.

And it’s reasonable when your only interactions with Yasuo have been him giving you a 0/10 on your team.

Despite the hatred he receives, there’s a reason why Yasuo has been a popular champion in the game since his inception.

His kit is *chef’s kiss* once perfected.

He has a lot of mobility, a badass-looking CC, and a wind wall that blocks projectiles.

Who could forget, of course?

His last move, last breath, seems like it belongs in an anime fight scenario.

This katana-wielding warrior will really take your breath away.

With his charisma, sarcasm, and highly entertaining playstyle, Akshan will sweep you off your feet.

Seriously. I can’t think of a single component in Akshan’s arsenal that isn’t entertaining.

His Q is a boomerang that does damage, while his W enables him to hide and restore his friends.

His ultimate is a mystical gun that shoots a million bullets at the champion he’s targeting.

But what’s the most entertaining aspect about his gear?

His E, heroic swing, had to be it.

He can use this ability to shoot a hookshot and swing all over the battlefield. Even better, he can attack while swinging, providing him plenty of opportunities for spectacular outplays.

You’ve come to the right spot if you’re searching for another katana-wielding champion, since Yone has two of them.

Yasuo 2.0, Yasuo’s elder brother, is a champion with a kit that is all on being showy and OTT.

But that’s part of what makes him so entertaining.

Every skill he has feels and seems to be incredible. I honestly can’t think of a single thing about him that is “boring.”

His soul unbound ability is particularly entertaining since it allows you to play in a completely different manner.

The next character is Zoe, who is described as a “embodiment of mischief and creativity.”

When it comes to having a good time, Zoe excels.

Her style is bright, lively, and simply odd.

Her kit has a lot of the same characteristics.

Her Q is a gleaming paddle star that she can throw in whatever direction she wants – and, with the proper build, one-shot her opponents – and her E is a massive bubble that puts her opponents to sleep.

Not only that, but her W enables her to steal summoner spells or active item casts from her opponents.

This makes pursuing your adversaries a breeze.

If someone tries to flee your brilliant, stardust-infused assaults by flashing, you can simply pick up their flash and catch up with them in a moment.

And if that isn’t enough to persuade you that Zoe deserves to be on this list, consider this:

I present to you Zoe’s ultimate: the portal leap.

This ability allows you to avoid skillshots in the most amusing manner possible, as well as mess with your opponent’s mind.

Akali excels in both the thrilling kit and the whimsical aesthetic departments.

She embodies the stealthy ninja in every way: she dresses the role, walks the part, and even speaks the part: “you can never have too many kunai.”

Her kit has a lot of flash, a wicked smoke shroud, and incredible mobility.

Her ultimate is also a lot of fun.

She can jump at her opponents and rush through them, doing massive damage to their life bar, soul, and mind.

Did we mention the dash looks like something out of an anime?

Yep. Akali, like Yasuo, will help you realize your goal of being an anime protagonist.

Akali is the epitome of perfection.

Who is the best mid Laner League of Legends?

The best mid laner in League of Legends is Faker.

Who is the most fun character in League of Legends?

That is a hard question to answer. I would say that the most fun character in League of Legends is probably Fiddlesticks.

Who is the hardest mid Laner in League of Legends?

That is a difficult question to answer. I would say that the hardest mid laner in League of Legends is probably Faker, because he has been playing for so long and has had so much success. 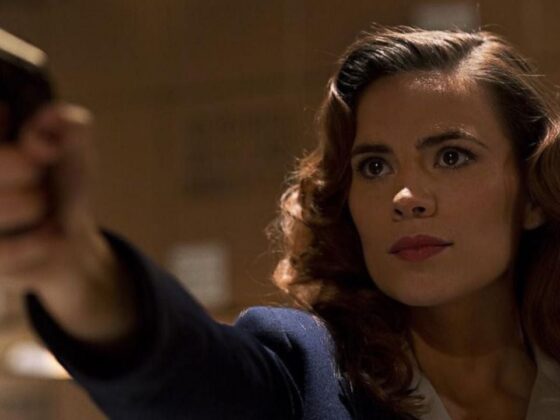 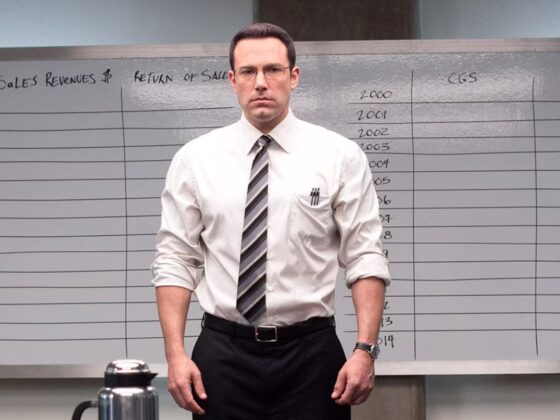